Magdalene was born in Verona the 1 of march 1774, a descent of the noble family “Canossa”.  She was the third of six children. Yet, as a child, she felt the desire to consecrate herself to God and this desire matured through life experiences (the dead of her father, the second marriage of the mother, an illness, incomprehensions).

As she lived in the climate of tragic events of war and political circumstances of the French Revolution, Magdalene discovered, in deep prayer, the “greatest” love of God, revealed in Christ Crucified.
Look at more: knowing of the plan of God

She sees the face of Jesus in the poor, alienated and suffering people in the suburb of Verona (San Zeno). Since that time she desired to dedicate herself at the service of Christ and His poor.

She decided to leave the palace, but she meet the strong opposition of her family.

The circumstances costrain her to assume the leadership of the family in the palace Canossa. Magdalene coltivated her vocation in the depth of her heart, engaging herself entirely to the everyday duties of the family. In the 1808 she overcame the opposition of her uncle and left the native palace Canossa – renouncing the wealth and the title of marchioness – and together with the first companions founded in Verona, 8 of may 1808 her “Work of Charity”.

23 of  decembre 1828 obtained the approval from the Apostolic See of the Institute of the Daughters of Charity Servants of the Poor. It was already present in the cities of Venice, Milan, Bergamo and Trent. 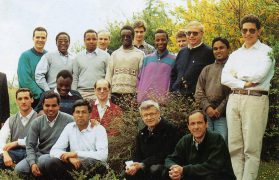 As a “Daughter of Charity”, full of an ardour – while the number of the members od the Institute was increasing – on the 23 of May 1831 Magdalene started the male branch: the Institute of the “Sons of Charity”. The male members of this Institute dedicated themselves for the formation of boys and men. (You are invited to visit the page of the Sons of Charity: Canossian Brothers )

The extremely active and fruitful life of Magdalene came to an end on 10 of April 1835. She was 61 years old.
The 8 of December 1941 Pope Pius XII beatificated her in Rome. 47 years later, 2 of October 1988 Pope John Paul II canonized her and thus she was included among the Saints.

“Love is like a flame” – this was her motto. In the course of the years the number of Sisters and Communities increased and became a large Religious Family, dedicated  for the spreading of  the Kingdom of God and to make Jesus known and loved. Today the Canossian Family include the Sons and Daughters of Charity, the Lay Canossians and the Missionaries of Saint Magdalene.
The spirit and work of charity of Saint Magdalene is now developed in 36 countries of the world.

Magdalena who lived in the time when women couldn’t go to the mission, had a heart throughout missionary. She often explained fervent desire to go even to the conrers of the earth to make Jezus know – as she accented  – “Jesus is not loved, because he is not known”.

In 1860 her profound desire became reality. Divine Providence let her sisters reach an Asian continent, because they responded for an invitation from Hong Kong, thanks to the patriach of Venice, Angelo Ramazzotti.
In this way canossian charism from that country spread in the other part of asian countries. 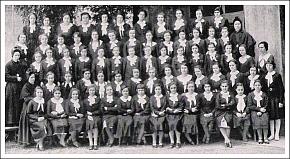 Opening of the school in Verona 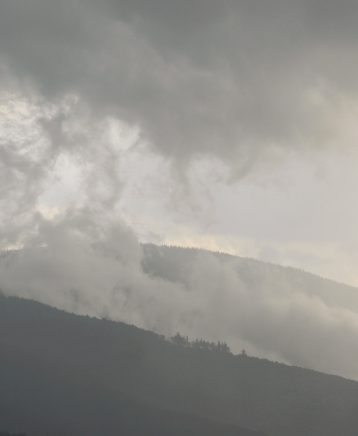 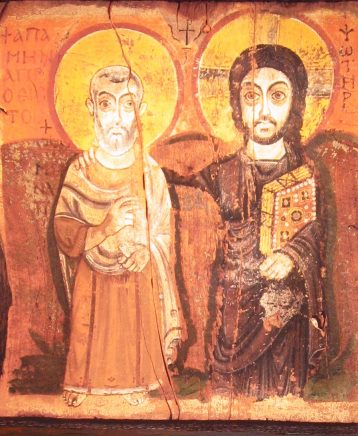 Catechesis
Magdalene opened the schools in which she started to educate girls and women who could not have partecipated to other tipes of education. She opened one school to prepare future teachers for the villages. She engaged herself in taking care of the sick in hospitals. She guided and organized spiritual retreats for women from nobile families to let them deepen their spiritual life end engaged them in the apostolic activities for the needy, as she and her companions, were doing.
Więcej

The first canossian mission
THE FIRST CANOSSIAN MISSION Hong Kong 12 of April 1860 Re-writing our story in the light of the faith, we can recognize the signs of Divine Providence covered in the events, in the persons which become in the hands of God the instruments of His Divine project. This is visible also at the beginning of the spreading of the Institute over the bordiers of Italy. We are in the XVIII century and we find ourselves at a time of religious and missionary renewal in the Catholic Church. This appeal is felt very much in the seminaries and in the religious institutes of Italy. In 1850 Ramazzotti, founded a new seminary for a Foreign Missions and entrusted it to the PIME Fathers. From this seminary the first missionaries leave for Oceania, India, Hong Kong. Ramazzotti, in Pavia (1852) found a great response to this call in the person of sr Luigia Grassi, a sister full of zeal and great desire to go to the missions. He then ask the superior, Margherita Crespi, to send sisters to Hong Kong and to India, to collaborate with the fathers in their missionary work. Meanwhile the bishop becomes the patriarch of Venice. The Institute of Dauthers of Charity choose four young sisters to be sent for the foreign mission: Maria Stella 27 years old, Rachele Tronconi 34 years old, Giuseppina Testera 29 years old, Giovanna Scotti 22 years old. From the house of Venice reach them: Lucia Cupis 40 years old and Claudia Compagnotti, the novice 20 years old. On 28 of Februray 1860, the first Daughters of Saint Magdalene leaved Italy to bring the Good News of Jesus and His Divine Mercy to Hong Kong, where they reached 12 of April of the same year. Thus the realise the dream of the Foundress: “JESUS IS NOT LOVED BECAUSE HE IS NOT KNOWN. ABOVE ALL, LETS MAKE JESUS KNOW THATS HE WOULD BE LOVED”. In the 1868r. the canossian Sisters reach China, Han-Kow first, later other cities inside the country. The remain there time of Mao revolution. They were expelled in 1950.
Więcej

Opening of the school
OPENING OF THE SCHOOL IN VERONA Magdalene, inspired by the Word of God, comprehended her mission and in 1799 edited “The Plan” which revealed the greatness of her apostolic heart. She presented her Plan to the Bishop Avogadro in Verona, who was contrary to the inclination of Magdalene who desired to take care the sick.  the Bishop asked her to open as soon as possible the School of Charity for the street children in Verona. In the same year Magdalene started the work by accepting two young girls, exposed to the dangers of the street, and housed them temporalily, at her own expense, with one of her companions. On march 1802, she moved them to a house in the Parish of the Filippini Fathers, along with a third girl. She then managed to convince two others companions to stay at the service of the girls and bought a house in the Parish of San Zeno, the filthiest and most infamous part of the town, with the intention of opening a school also for external pupils. Unfortunately, Magdalene had to continue to live at the Canossa Palace, but she was happy also to visit these children and did not disdain to wash them, comb their hair and remove the lices. After some years Magdalena “freed from her ties” (the death of her uncles, Carol, the small son of her brother was entrusted to the care of one protector) and therefore could start to look for a suitable building for the girls. Her eyes fell on the Monastery of Saints Joseph and Fidenzio situated is in the district of San Zeno and which had become State Property after the suppression of the Augustinian Sisters. She had to persevere tirelessly for two years before obtaining the Decree of Assignment, issued on April 1, 1808 by the Emperor, Napoleon. The Marchioness had the most urgent repairs done immediately. In the morning of 8 of May 1808, the third Sunday of Easter and on the feast of the patronage Saint Joseph, the great dream od Magdalene become reality: she moved her girls and teachers into the house, ex-augustinian monastery. Magdalene was 34 years old. For some years, among her companions in this house, there was Leopoldina Naudet, who later become a Foundress of the another religious Institute: the Nuns of the Sacred Family.
Więcej